You don’t want to set your brand-new 4K TV on top of a rickety tiny table with just enough space for its base. It doesn’t look good, and it’s even riskier. Don’t worry about the dangers to your game TV if it falls over. So, instead of settling for any old TV stand just because one is available, consider the stand’s size, appearance, and utility. It has the power to make or ruin the overall setup of your entertainment center.

A good TV stand will ensure that your television has a secure home. A quality TV stand may also go above and beyond by providing ample storage for all of your devices as well as a design that complements your personal style. Many TV stands have plenty of storage space, allowing you to store your Xbox Series X and PS5 while still fitting in an AV receiver. They can even assist with cable management so you don’t end up with a tangle of wires that’s just as dangerous as a TV stand that’s too small. We’ll walk you through a number of high-quality alternatives for getting your setup in order, whether you have a dozen devices or just the TV.

Want to keep your living room simple with a classy little number that won’t make your entertainment setup the focal point of the room? What you’ll want is the Modway Mid-Century TV Stand. This sleek stand is a terrific match for a 48-to-55-inch TV, giving you plenty of options for what to pair it with.

However, if you want to fill it with a half-dozen game consoles, the stand might not be ideal. Inside the stand, you’ll discover four compartments with connectors for running cables between gadgets and the TV above. This stand’s closed-back design keeps your tangle of cables hidden. The compartments might be a little tight for certain modern consoles because the stand is only 17 inches tall (including the height of its legs) and 13.5 inches deep. If you intend to have gaming consoles, you may want to stick with a smaller TV and place your consoles on top of the stand as well. Consider one of the more roomy TV stands on this list if that doesn’t seem like the ideal solution for you. 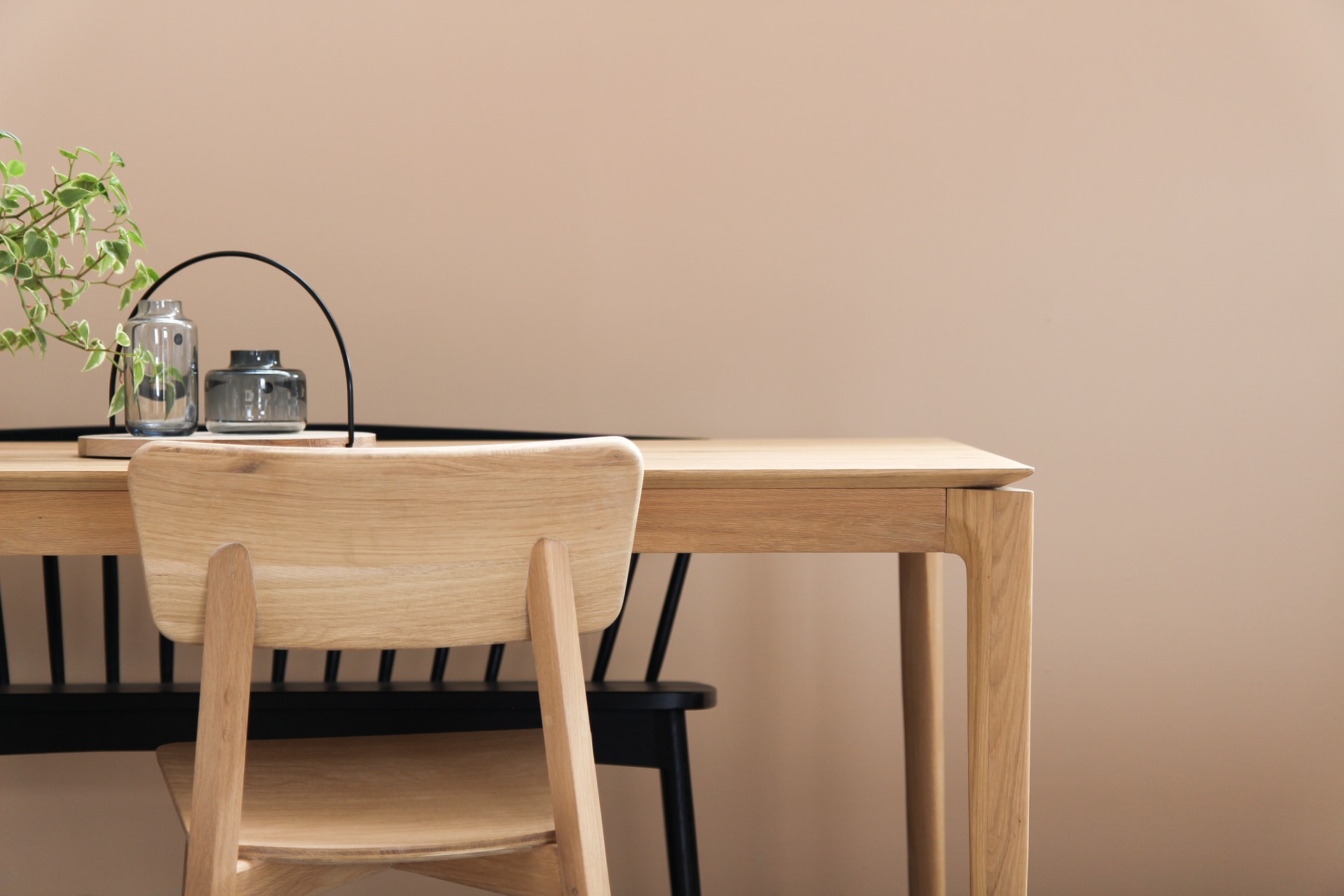 Two of the most popular TV sizes are 55-inch and 65-inch, and if you’ve followed the crowd, you’ll need a mid-sized TV stand like the Castlery Luka. It’s not too big or too tiny for most living rooms, at 70.8 inches wide.

It also has a wonderful look, thanks to its walnut finish and slotted door design, which hides your electronics while while providing ample airflow. Due to the slotted doors, a blocked signal between your console and controller should not be an issue. With its low posture, this TV stand also hugs the ground, so you won’t have to worry about hiding your cable clutter.

This is a far more conservative choice than the majority of the other TV stands on this list. On the surface, the Sonorous Studio ST-160B appears to be a large wooden block that your gaming TV is just standing on top of. This is the perfect media console to compliment your large 75-inch 4K TV if you’re trying for a clean appearance or just want everyone to focus on it. Alternatively, because this TV stand is so large, it should fit your huge screen while also allowing you to prominently display one or both of the next-generation consoles.

If you’re worried that having a fully opaque front fascia may prevent you from managing your streaming box and other devices, the Sonorous Studio ST-160B has an infrared repeater built in. This allows you to operate up to eight devices without having to remove the front panel, preserving the sleek, streamlined appearance of your TV whether it is on or off. Six huge compartments with an almost entirely open back are hidden behind the entertainment cabinet’s wide front panel, providing your gadgets plenty of area for ventilation and cable management. There are cable routing holes in between each compartment, as well as one beneath the TV, which should assist keep your setup looking neat and tidy.

We know that the word budget conjures up images of Ikea and how everything will come apart the moment you move it, but bear with us. Even if it cost ten times as much as the Ikea BRIMNES, it would be a superb TV stand. Furthermore, its straightforward design should work in any setting.

For starters, it’s quite large at 70 inches wide, allowing you to mount any of the large 65-inch 4K TVs that are currently available. When you peek inside, you’ll notice three bays for AV equipment and consoles, as well as three large draws for your physical games and media. There are also some ingenious cable management holes and slots throughout, allowing you to run most of your connections, including your power strip, within. If you’re looking for a high-quality stand at a low price, look no further.

This TV stand isn’t inexpensive, but if you have all of the consoles from this and previous generations, as well as some other items to keep, the BDI Furniture Corridor Low Media Cabinet can fit them all. It’s big enough and wide enough to make an 85-inch TV look right at home in your living room. It will be difficult to match the build and design quality. The BDI Corridor has six roomy compartments behind those slatted doors, each with its own cut-out for running cables to the television placed on top.

The media cabinet weighs 208 pounds and can support an additional 175 pounds, yet thanks to hidden wheels, it’s still easy to move around even when fully filled. This is a terrific alternative if you want to keep as many as nine consoles tucked away in an elegant chocolate-stained walnut cabinet and have a large TV.

The Ikea FJLLBO provides adequate space for your media center equipment without dominating the area, giving your home a cleaner, simpler appeal. For durability and style, Ikea chose a classic, rustic design that combines metal and solid wood. Metal mesh doors and side panels, as well as an open back, give the stand an open-air sense while hiding your unsightly wires and disorganized shelves.

Because you can reach directly through to power outlets behind it, it’s simple to wire up equipment on the stand. There should be no signal interference between your remote or wireless controllers and consoles if you use metal mesh on the doors. Keep in mind that this is a smaller stand with a top panel designed to hold a maximum of 66 pounds, so it’s best for 55-inch TVs and smaller. 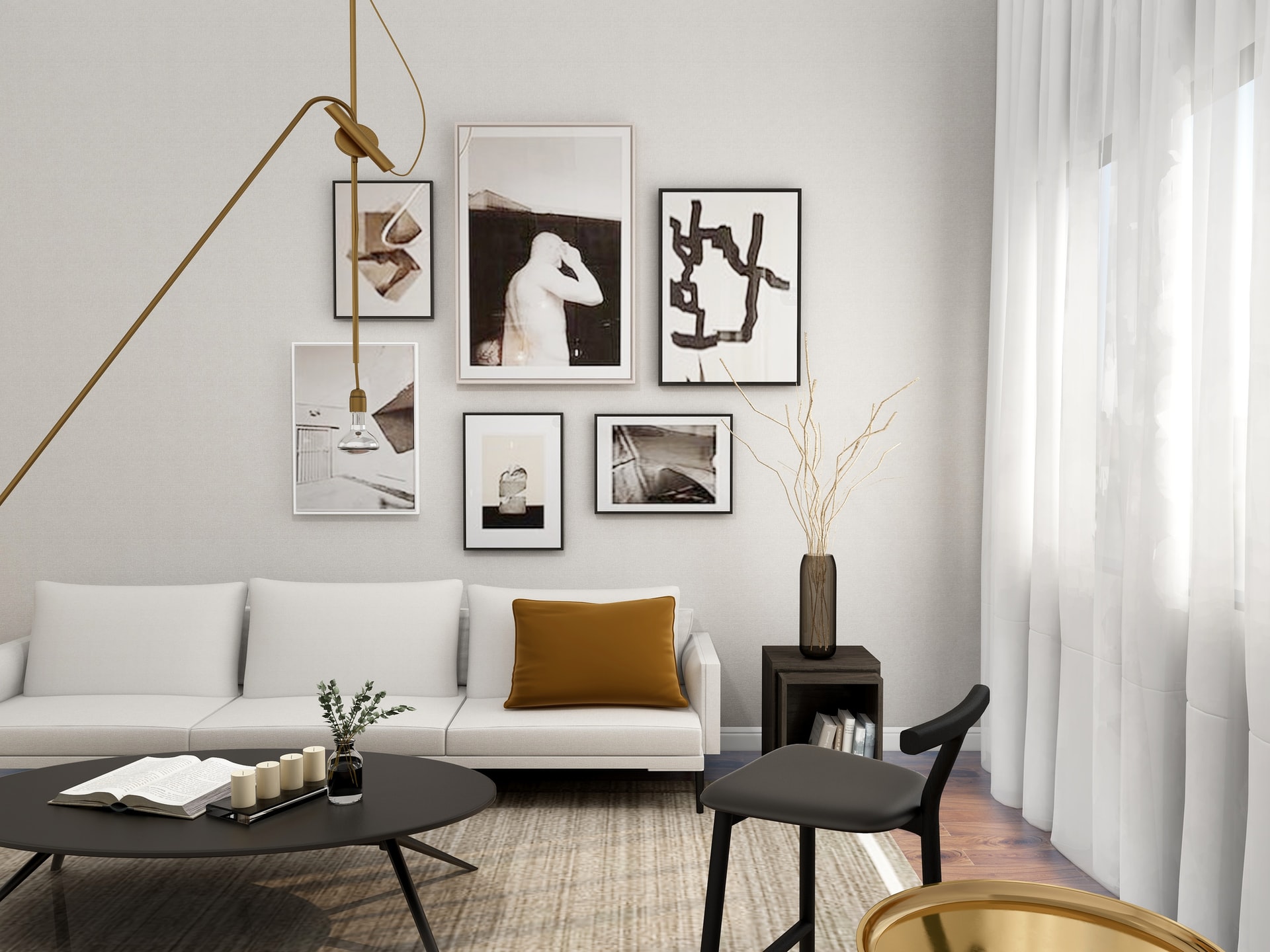 While most of us are probably fine to have our television set in the same place all of the time, you may choose to keep your life and living environment more dynamic. The Husky Mount Mobile TV Stand will be your closest buddy in that circumstance. This stand not only comes with locking caster wheels so you can move your TV about your house, but it also has a lot of adjustment options on the stand itself. You can drop your TV to the floor, lift it slightly for comfortable couch viewing, or even raise the mount’s center point to 58 inches. You may easily minimize glare by tilting the TV mount up or down.

The Husky Mobile TV Stand was designed with large TVs in mind, as it can support up to 70-inch TVs weighing up to 132 pounds and features mounting holes for VESA installations up to 600mm x 400mm. Cable management routing is built into the steel tubes of the stand, so you won’t have to worry about cords dangling from the TV. A small stand is included in the package to keep a media player or laptop underneath the TV.

A minimalist aesthetic could not allow for a lot of furniture, and enormous media centers that often sit behind a TV wouldn’t fit in well. However, you don’t want to just throw your TV on the floor, and you probably don’t want it up high on a mantle — at least not for your neck. With a basic design that takes up less room while adding a bit of additional grace to your TV, the Monoprice Commercial Series Easel TV Stand can assist sort out the situation.

The easel stand features a simple tripod base, yet it can handle up to a 65-inch TV and can hold up to 77 pounds. On the top of the easel is a VESA mount that can accommodate a wide range of display mounts, including those with VESA mounting points ranging from 200×200 to 600×400. You’ll be able to swivel your TV around 360 degrees after it’s mounted on the easel stand, allowing you some versatility in how you watch it. The stand also features wire management along the legs, so you won’t have to worry about a dangling power cable ruining the minimalist look.

If you already have your television mounted on a cabinet or wall mount and are searching for a piece of furniture to hide your other electronics, the Ikea Kallax is a good option. This 1 x 4 shelf is simple enough to fit into practically any decor and won’t conflict with your other furnishings. It’ll look great next to your TV stand or underneath your wall-mounted television.

Each square shelf measures 13 x 15 x 13 inches on the inside, so you’ll have plenty of room to fit the Xbox Series X or PS5 (with the base removed) within. The shelves’ dimensions are also ideal for storing all of your records. The only difficulty that this stand may have is hiding all of your unsightly cords.

So you’re looking for the ideal TV stands for your brand-new game consoles. Unfortunately, the Xbox Series X and PlayStation 5 aren’t as small as their predecessors, making it a little more difficult to integrate them with your existing media console. However, the Monarch Specialties TV stand is a good fit (and the Dark Taupe color helps stay platform agnostic).

The Monarch Specialties TV stand features a unique cutaway portion beneath the TV. It actually has enough capacity to hold either Sony’s or Microsoft’s console upright thanks to this gap in the shelf. Meanwhile, an open part on the right side of the platform can be used to set up a second console if necessary. If you chose to put up both or either of your consoles on their sides, there’s plenty of room. The TV stand comes with a little drawer where you can store your accessories. And, don’t worry, even with an Xbox One S and a PlayStation 5, there’s enough room on this stand for a Nintendo Switch dock. There are a lot of connections with all of these consoles, and unfortunately, this setup doesn’t include a cable management system.