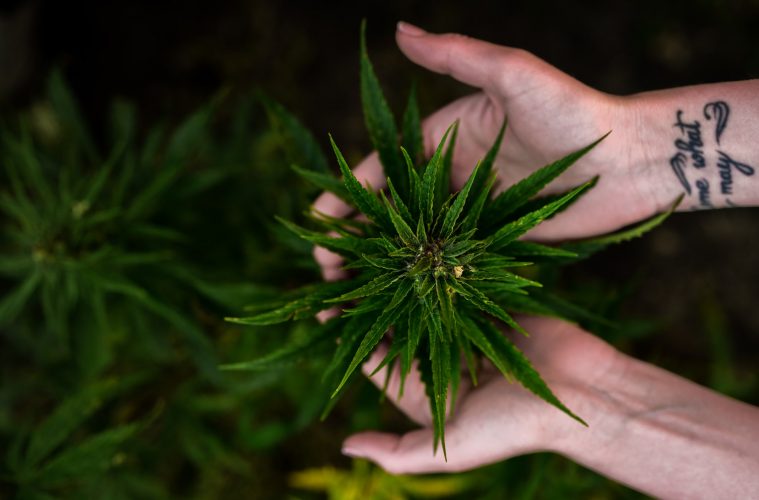 There are numerous signals of progress. Legalization is spreading across North America; in 2018, Canada became the first industrialized country to legalize recreational marijuana on a federal level, and the United States appears to be on track to follow suit, with Michigan (most recently) joining a growing list of states that have already done so. Business has exploded as a result of the new policies. The total size of the market is estimated to be $75 billion by 2030, according to the Cowen Group, with adult-use cannabis accounting for the vast majority of market growth.

Overall, the cannabis industry’s prospects are promising. However, new laws and compliance issues passed down from state and federal governments come with legalization and market growth for marijuana-based firms.

As the government legalizes cannabis, it also regulates it, with one of the most important aspects of online dispensary regulation being cannabis security.

This raises a slew of challenges for businesses wanting to operate within the confines of the law in the relatively fledgling cannabis market. Things are further complicated by the fact that security compliance criteria differ from state to state. There is a need for clarity.

Before we get started, keep in mind that we aren’t legal compliance specialists, and the information offered here should not be construed as legal advice.

We’re only starting with a focus on rules and compliance because they’ll have an impact on the topic as a whole; we’re not trying to provide specific legal advice.

As a result, we are experts in comprehensive security systems and technological solutions, and the increase of cannabis security issues is an increasingly prevalent application of our knowledge.

Okay, so you’re ready to think about the ramifications of cannabis security for your company? Let’s get this party started. 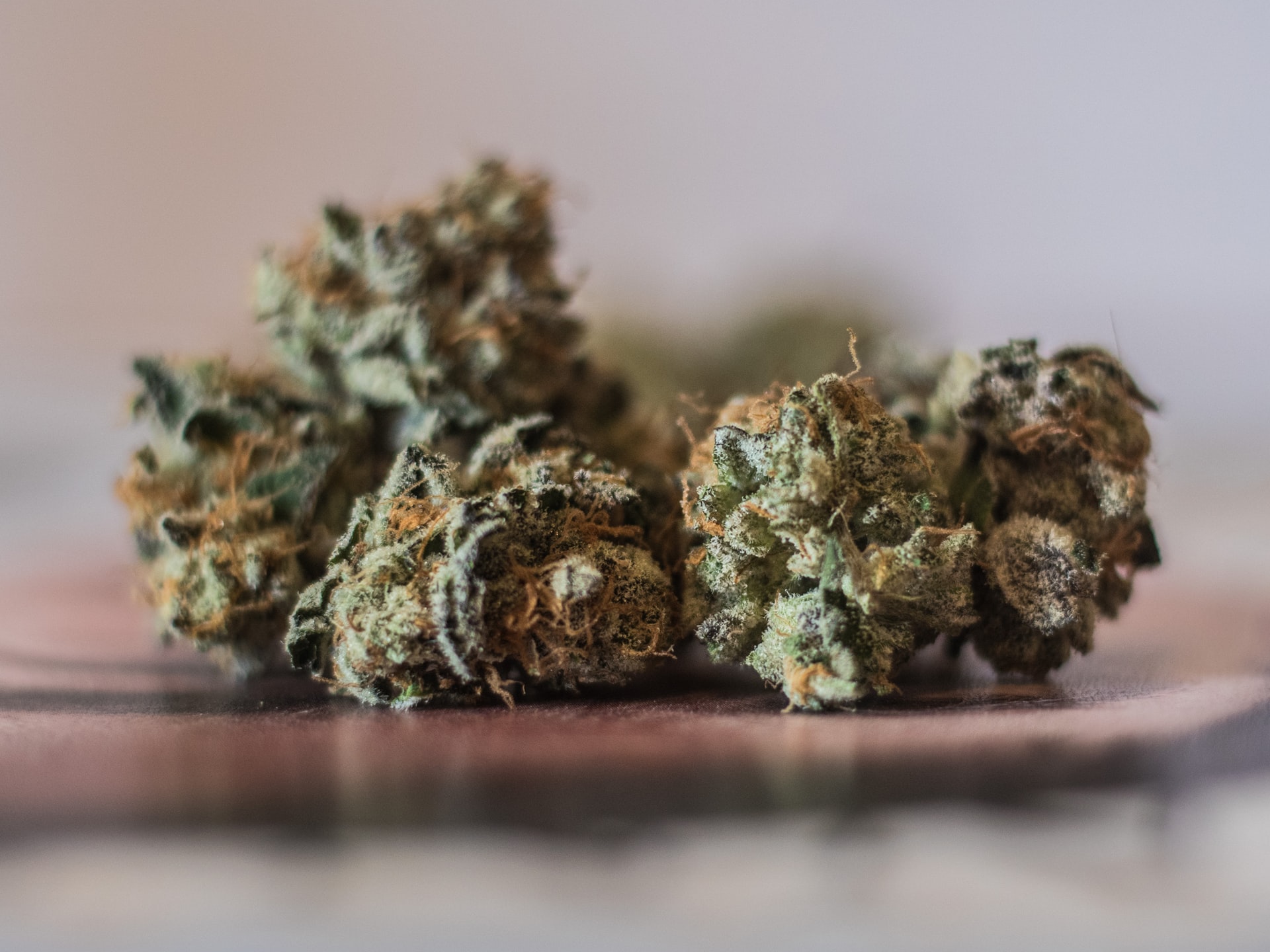 What are the federal cannabis security regulations?

This appears to be changing. According to the American Farm Bureau Federation, “although the law expands the potential for hemp production, it does not provide a framework in which producers can cultivate it as freely as other crops.” The bill listed activities that would be considered violations of the legislation, such as growing hemp without a license or producing a plant with more than 0.3 percent THC content; it also details potential penalties and what happens to repeat offenders.” Nonetheless, it’s a step in the right direction toward decriminalization.

What are the cannabis security regulations in each state?

While we won’t go over every state’s compliance standards (California’s Text of Regulations under the Bureau of Cannabis Control alone is 138 pages long), here are some of the more prevalent ones:

Documentation of security operations is required in order to apply for a marijuana license. System specifications (such as the specifics of the video surveillance systems in use) and operational procedures are frequently included (such as hours of access, security personnel, etc.).

In the event of a theft, product loss, or breach, the appropriate regulatory agencies must be reported. In California, you must report an incident within 24 hours of it happening.

Personnel information, inventory information – frequently from seed to product – and purchasing information, among other things – must all be kept and stored in a safe environment.

A video surveillance system is required for licensed establishments. Many states mandate that video quality be at least 1280×720 pixels, and that working, unobstructed cameras be present in all places where cannabis is handled. Visual records are commonly used to enable audit trails for all inventories.

Video surveillance footage must be properly monitored and stored.

Security staff are often required throughout business hours, and in some cases, 24 hours a day, seven days a week.

A working alarm system is required.

Systems for storing data must be safe. This frequently necessitates interaction with the alarm system, so that unwanted access causes a notification.

Again, this is a high-level overview of common legislation, not a detailed examination of each state’s laws.

For a complete picture, below are the main rules in each state where recreational marijuana is legal (as of June 2019):

See Massachusetts regulations (section 500.110 in 935 CMR 500.000) or California’s Text of Regulations for papers that are generally indicative of state policies.

Finally, in addition to state-level regulation, there is an additional layer of difficulty due to municipal restrictions. We won’t go over the specifics of regulations in each city and municipality because there is simply too much information, but we will make sure that compliance is maintained at these levels as well. Don’t forget that dealing with cannabis security professionals can help if you’re overwhelmed by the complexity.

What kind of security does a cannabis business require?

With that said, it should go without saying that the majority of cannabis businesses require some level of security.

While the specifics of required systems and protocols will vary by location and type of business (breeders, dispensaries, cultivators, and manufacturers, for example, may be subject to different regulations depending on how they handle cannabis), compliance standards generally require security systems that ensure: 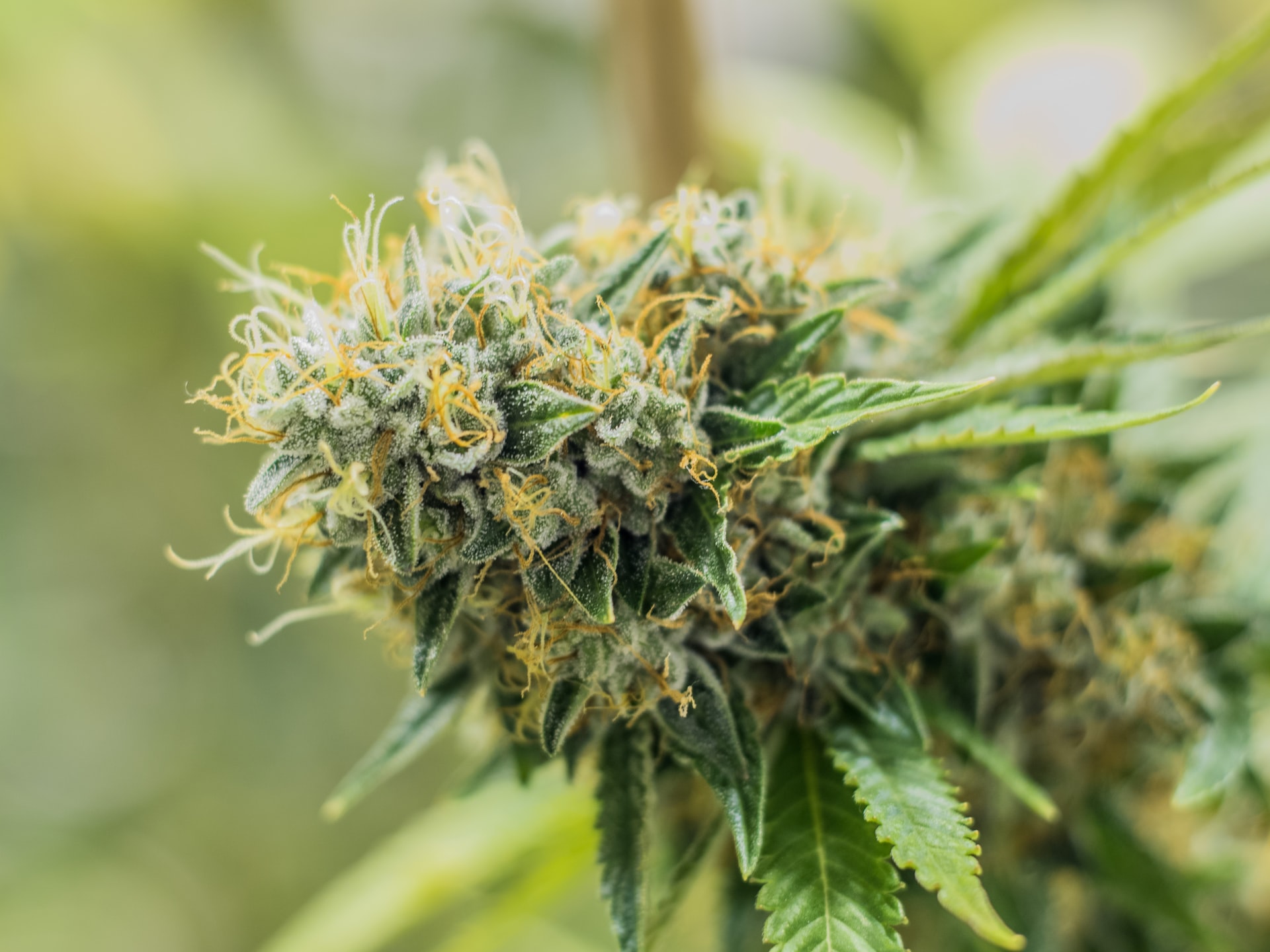 What are the consequences of non-compliance?

Security at a cannabis business is vital because it increases the safety of the people who work there, much like security at a bank or a diamond store does.

Cannabis security is also important because a lack of security leads to compliance penalties.

The specifics of fines vary from incident to incident and from state to state, just as they do with compliance rules. On the other hand, if enough negligence or purposeful misbehavior leads to criminal charges being filed, a lack of effective security can result in a business being shut down (usually through the cancellation of a marijuana license) and even jail time.

Cannabis security systems are similar to regular security systems in terms of hardware and software components; the only difference is their goal, which is frequently to guard against theft while maintaining compliance.

In practice, this means that cannabis security systems frequently include the following features:

Building access control that is more resilient. Cannabis businesses usually wind up using powerful versions of these systems because regulated access is a big component of compliance.

More information about the system. This is also a common outcome of adhering to compliance rules.

Although there are a number of highly regulated businesses that often buy similar systems, these differentiators are commonly true when compared to normal (less regulated) industry systems.

What types of digital security systems are required for the cannabis industry?

Here are the most common forms of digital security systems needed for cannabis security, along with an example for each, based on generalized compliance rules.

Axis is a brand of door stations. This improves visibility, eliminates the chance of key duplication, and allows for high-security monitoring.

Watchguard Total Security is an example of a cannabis network security solution. This system includes intrusion protection, Webblocker URL filtering, and Gateway Antivirus, among other features that improve data security.

What kind of physical security is required for cannabis?

Security staff are frequently required at retail outlets. For example, Section 5045 of the Bureau of Cannabis Control’s Emergency Regulations states in California:

“A retail licensee or microbusiness licensee engaged in retail sales must hire and contract security professionals to provide protection services for the licensed retail premises.” Chapters 11.4 and 11.5 of Division 3 of the Business and Professions Code apply to all security employees engaged or contracted by the licensee.”

And, according to the BCC, this requirement doesn’t simply apply during business hours; it also necessitates the presence of a guard at any retail location 24 hours a day, seven days a week.

Not all businesses will require this kind of protection, but if you plan on selling cannabis on your premises, you should look into the local regulations. 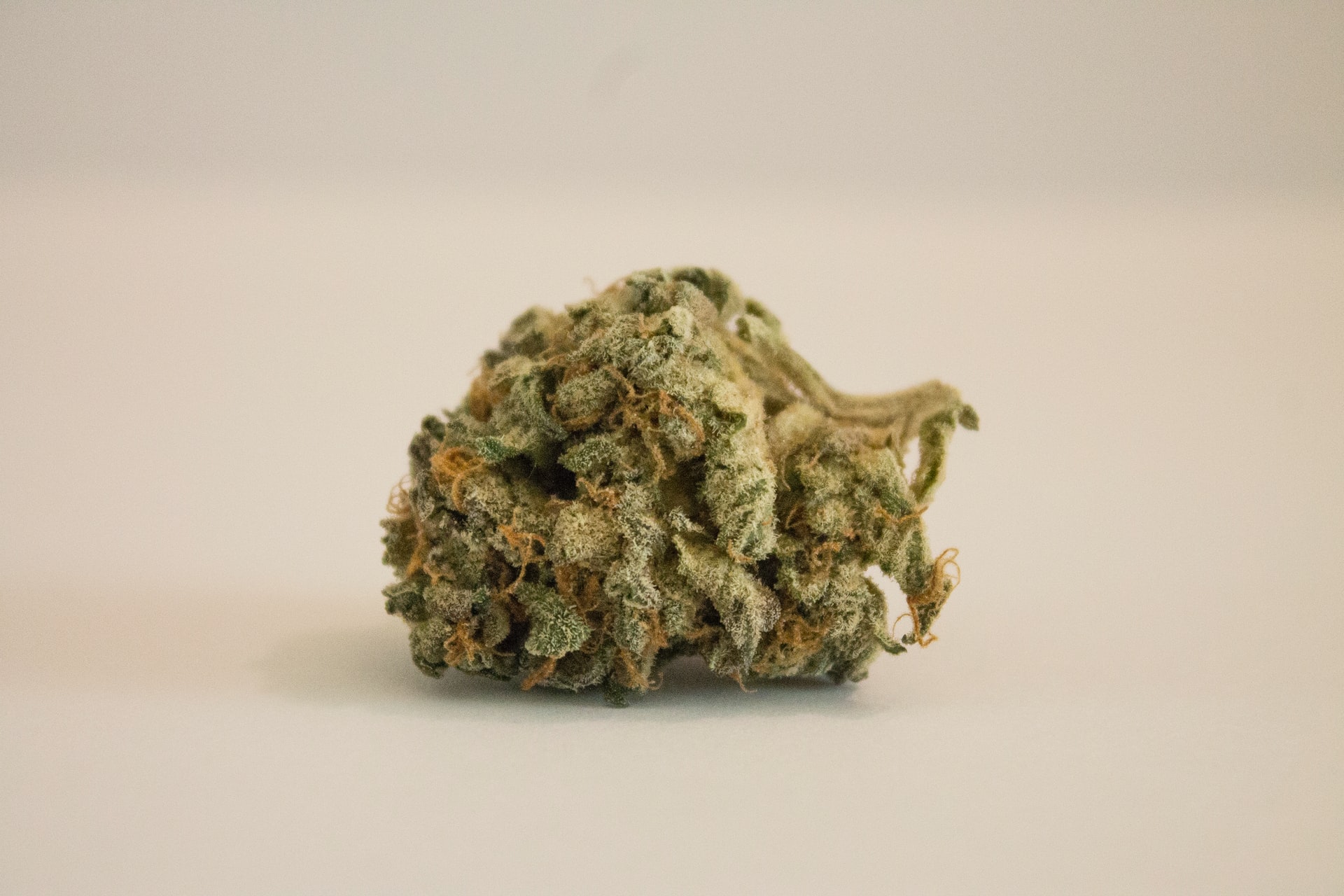 This is a simple question: yes, access control is probably certainly required for cannabis security.

Every state needs access to cannabis to be regulated, as well as defined rules for how that access is maintained.

What video surveillance needs do cannabis businesses have?

Surprisingly, the specifics of video surveillance standards differ from state to state and town to locality – but surveillance is a universal necessity.

Cannabis visibility (in many cases, cannabis is required to be videoed at all stages of business processes). This is frequently regulated by laws governing the number and location of cameras.

The amount of time that captured footage is kept. In Ohio, for example, regulations mandate that film be kept for at least 30 days.

The video stream is recorded for hours. Many states demand continuous feeds (i.e., feeds that aren’t shut off outside of operating hours).

Video stream is being monitored. Many states mandate that video feeds be watched 24 hours a day, seven days a week.

Overall, as industry veteran Christopher Dunn stated in an interview with Security Magazine, video surveillance systems must be developed in precise line with state and municipal regulations:

“VIDEO SURVEILLANCE REGULATIONS ARE EXTREMELY STRICT AND SPECIFIC. Even defective plants that are disposed of or destroyed must be monitored. From the seed through the trimming, any movement, and the disposal procedure, video surveillance and storage is a complete operation.”

What other cannabis video surveillance options can you think of?

One of the most well-known examples of a cannabis video monitoring system is March Networks. The company’s integrated video and RFID technology allows for seed-to-sale visibility on all plants and improves compliance significantly.

All plants can be videoed and followed via the setup at all stages of the growing and selling process, and the system even has the option of POS integration, allowing cannabis purchase data to be studied.

How can cannabis firms keep their employees from stealing?

“Up to 90% of losses recorded by dispensaries are related to employee theft,” according to the Marijuana Retail Report. This is a significant cannabis security problem that business owners should think about.

Fortunately, many of the same security and compliance technologies that guard against outsider theft can also help to reduce the risk of employee theft.

Additionally, cannabis firms should pay special attention to HR functions in order to avoid problems in the first place. Many of these functions are actually legal obligations. They frequently include: 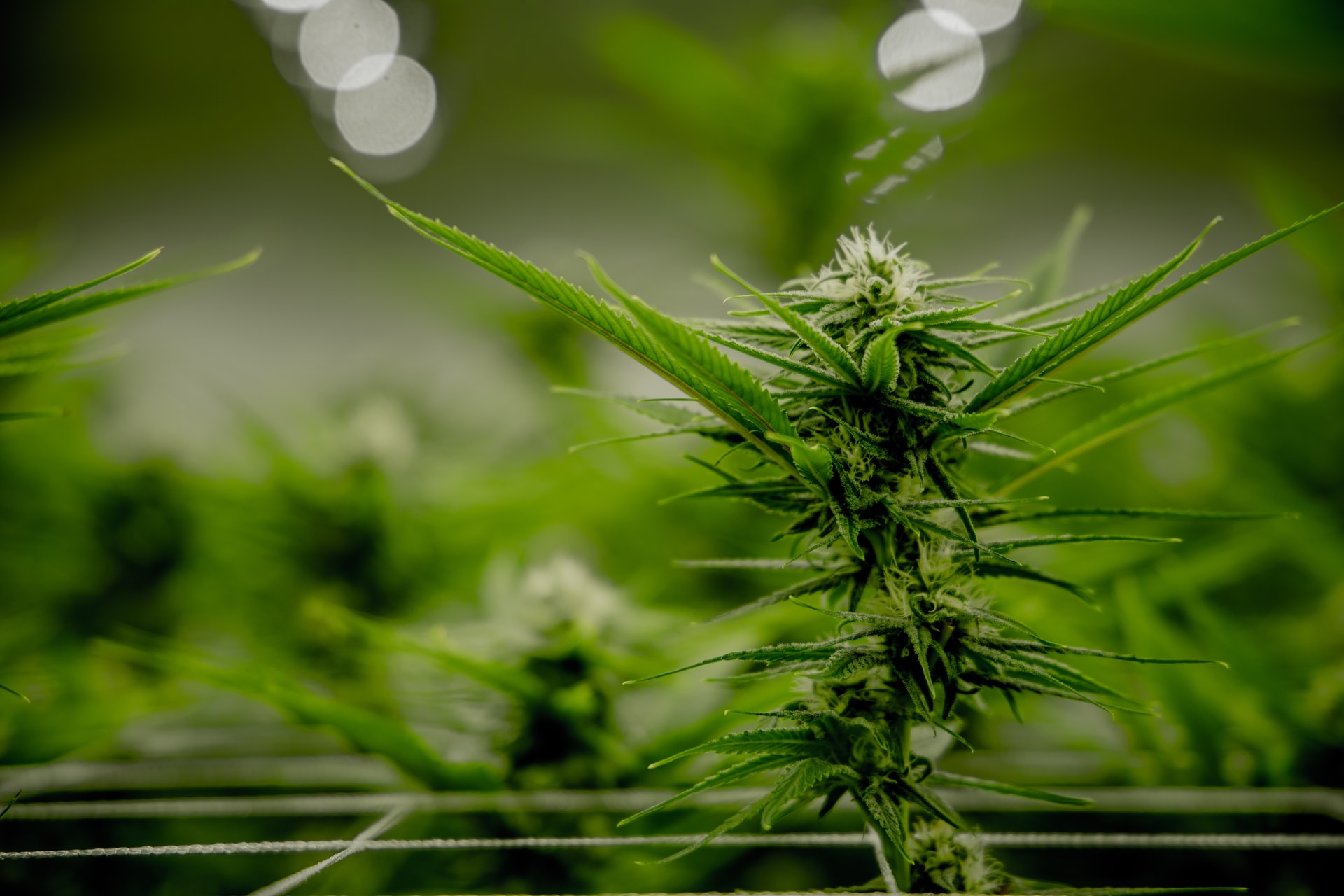 What equipment is required to keep cannabis safely?

Cannabis security needs safe product storage in addition to the many systems and networks we’ve explored thus far. Compliance regulations vary, however the following are some common ones:

At entry points where cannabis is present or stored, access control is required (locked and monitored doors)

Cannabis should almost always be kept under lock and key, regardless of where it is housed within a business’s facilities.

What is the best way for me to take the initial step toward cannabis security?

So there you have it: a complete cannabis security guide.

It’s an intimidating subject, to be sure. Cannabis security is complicated, with state and municipal compliance to consider (not to mention the fast-paced nature of developments and the looming potential of federal legislation).

Working with a qualified systems integrator can assist in ensuring that cannabis security is properly implemented.